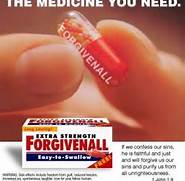 Even if you don’t have kids, or even if you’re not parenting teens or young adults, if you are in any way influential in the life of someone in this category, read on . . .

First, if we’re talking about blatant sin caught red-handed, we’d have to be crazy to ignore what Jesus did when the long-robed, Holier than Thou Club brought to him a woman caught in the act of adultery in the book of John, chapter 8:3-11.

Yes, that one. Not the generic, universal sin we bear as human beings descended from Adam. I’m talking about that shocking revelation of our personal stuck-upness that proved we weren’t who we thought we were–that thing that secretly made us wonder how God could forgive us.

We don’t know what Jesus wrote on the ground in this passage, but we do know that coupled with his admonition for anyone without sin to be the first to cast a stone, it radically changed the scene from a dog fight to a recessional. Jesus brought the so-called righteous to an understanding of their own sin so revolutionary that it removed the smell of meat from the noses of hungry dogs. It caused the previously drooling accusers to march away with their tails between their legs.

That’s what he did for the accusers.

For the adulterer Jesus asked: Where are they? Has no one condemned you? to which she responded, No one, sir. And then that great redemptive moment: Then neither do I condemn you. Go now, and leave your life of sin.

No sugar-coating the fact of her sin, but no condemnation chorus either. Does a woman brought forth to be stoned need to be told what she deserves for her sin?

It’s that moment we should all pray for–that moment when God causes the sinner to be irresistibly drawn to the cross, because the last person on earth who should forgive him, (YOU), just did. And you did it with no strings attached, because that’s how Christ did it for you.

Forgiveness and grace seep out the seams of this story. Not truth. And that’s not because truth is unimportant, but because apparently everyone in this scenario was already well aware of the truth.

For Jesus to use this opportunity to remind the woman that she shouldn’t have been committing adultery would be counterproductive. The whole idea of being “caught” implies a degree of hiding to begin with. So was she unaware of her sin?

It’s a little like thinking we who struggle with our weight would be miraculously cured if only we knew how badly we needed Spanks.

So don’t ever let it be said that when our kids are caught red-handed in sin, the biggest reason they don’t ever have a change of heart is because we won’t let them.

10 Confessions from 2013: Why not get some things off your chest?

Why You MUST Tell Your Story

Does Speaking the Truth in Love Have to Sound Mousy?