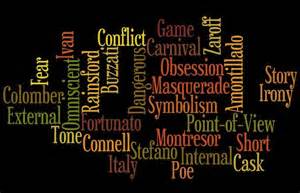 They are all wonderful illustrations of . . .

redemption told through story.  In each case, someone orphaned or lost is pursued with great fervor until he is brought back to where he should be, and where his primary relationship or purpose is restored.

In Finding Nemo, a young fish’s disobedience causes him to be swept away far from his home. He encounters all kinds of danger while his father searches for him unrelentingly, and they are ultimately reunited.

In The Lion King, young Simba loses his father,  and loses his way until his father speaks to him from on high to remind him of his ultimate purpose in life.

And your life–well, that story you already know.

The most radical things God teaches us in his Word are taught through story. And that’s probably because we, the presumptuous, over-truthed, grace-proof, obeyers of the law wouldn’t quite GET it any other way.

I get an entirely different idea of what God is like when I read, “Do not lie,”  from Exodus 20, than when I read how God handles lying in Rahab’s story versus the story of Ananias and Sapphira. In those stories it is clear that God cares a whole lot more about the condition of our hearts than what might slip off our tongues. And that same thing happens when I read “God is love” alone, versus reading it alongside the story of Hosea who loved and pursued his wife throughout her adulterous acts of harlotry. Who in the world does something like that?

Without the benefit of story our idea of God gets way in the way of the truth of God, and what we end  up with is a mistaken image of a god who fits nicely within our finite, intellectual, spirit-devoid grasp.

So, what story will you tell? What’s your Finding Nemo or The Lion King? How will you describe a God who is powerful enough to split the Red Sea, cause the sun to stand still, and raise a dead man from his grave, but sensitive and caring enough to pursue us, forgive us, and love us before we’ve ever even acknowledged who he is?

Redeeming the Sound of My Faith: A song for those who think they don’t belong

Life as a Missionary with Sherry Boykin