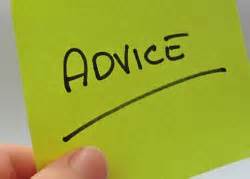 Crazy, right? You carry them, scream them out, wipe their butts and snuggle with them through nightmares and thunderstorms. Then the day comes when they need life-defining advice, and they run from you as fast as they can and find someone else to help them connect the dots.

It’s not that you don’t mean well. But if you’re parenting teens or young adults, your fundamental way of thinking is so different from theirs that they often get tired trying to jump the gap. They literally cannot get to the planet on which you live, and so they opt for someone local. Here’s what I mean:

You’re Offended by the Question, “Why?”

The very idea of “Why?” implies the fact that you just said it is not enough–regardless of what it is. That you are an authority figure in the life of your Millennial doesn’t carry the weight you think it should, and so they constantly ask you to back up what you say with some sort of proof. To you, it’s a little like asking who else will be at the party before deciding if you’ll invest your time in going. If your default answer to “Why?” has ever been, “Because I said so,” or worse yet, “Because I said so, and I’m bigger than you,” you know exactly what I mean. Your Millennial sees “Why?” as a means to further understanding and assurance; you see it as an insult.  After all, you just accepted what your authorities said, right?

I really get this one. I practically live in it. That whole “your truth/my truth” thing Millennials wear on their shirt sleeves can be maddening, can’t it? And that’s especially true for anyone who insists on calling a spade a spade.  But I have to tell you–if you’re keeping score, the Millennials win on this one, hands down. Even God doesn’t treat every situation called by the same name in the same, exact way. Just face it. Abraham lied, and someone else got in trouble. Ananias and Sapphira lied, and they dropped dead. Apparently there’s more to this than meets the eye. Your Millennial loves to get to the heart of issues, but their parents often want a safe, easy answer. After all, there’s nothing to discuss if someone is guilty of lying, is there?

You are Completely Sold Out to Stuff You Hate

This one probably scares your Millennial the most. It could be your job (you call it having a good work ethic–they call it death of a dream), your propensity to say yes to things because you “can’t” say no (you call it faith–they call it bondage), or your willingness to commit to what is accepted by your culture even if it defies following your own heart (you call it godliness–they call it a lie).  Frankly, your Millennial would rather die than to be described this way. And if taking your advice on those life-defining decisions puts them even an inch closer to being like this, they are too busy shaking in their boots to even consider it.

Now you’ve heard it. What will you do?

Backs in Search of Bones