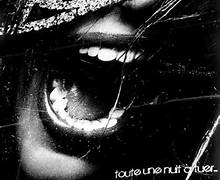 It’s both humbling and embarrassing to think that knowing God personally for thirty years isn’t enough to make my default answer to the unwanted STUFF in my life, “Okay, bring it!”

That’s why the enigmatic story of Jephthah’s daughter makes me a little crazy.

I’d love to read her story in Judges 11 and immediately identify with her strong sense of obedience and God’s providence. And I’d love to picture myself saying what she says when she realizes her father’s vow ensures the end of any dreams she may have for her future. Her encouragement (Is that the word I should use?) to her father is, “Do to me what you have promised you would do.” (Judges 11:36)

The trouble is that what refers to her being offered as a burnt offering, or to go through life without ever marrying or having children–two fates not nearly as far apart in her culture as they may seem. Jewish women, therefore, begin a tradition of mourning this woman for four days each year.

My human, justice-oriented side compels me to give Jephthah’s daughter a voice that satisfies my fury for her fate, and for that of many women whose stories are told in the book of Judges.

A Letter to the Daughters of Israel:

“It is day forty-nine.

There are yet seven sunsets before I meet my Maker.

Oh, dear daughters of Israel, how my heart cries within me, for this should not be my portion. How I long to join you in endless celebrations of victory with timbrels and dances, praising God for His deliverance from such as the Ammonites.

But instead, I have now become the burnt offering of my father, Jephthah. I have become his surety of peace with his Maker. For were it not for his unbreakable vow, I would be as you, O’ daughters of Israel–I would be as you–marrying and bearing children to be nursed at my breast. I would be as you–living long life and being laid to rest next to the husband of my youth.

But I am not like you. I am like a fugitive hiding in the mountains of Mizpeh, hoping, praying, pleading that the LORD would be my El Roi,–that He would hear me as He heard Hagar–that He might deliver me as He delivered her. Remember me, O’ daughters of Israel. Remember me and mourn me. Remember me, that daughter of Gilead who cried, ‘Oh God of my youth, could you not spare me this tragic end? Could you not allow me to know a man, to hold and be held, to love and to suffer through long life–for that is my portion, is it not?”

A Daughter of Gilead

Once again, Jephthah tore his clothes. The cool, misty air blew the smell of burning flesh toward him. Two servants built an altar as he walked away.

At sundown following the Sabbath, the men were unpacking the caravan which contained a pair of worn-out leather sandals, a woman’s head covering, and a small scroll. They were delivered to Jephthah immediately.

He clutched the head covering in one hand, and pressed its thick, embroidered edge against his cheek.  Slowly, he unrolled the small scroll and began to read.