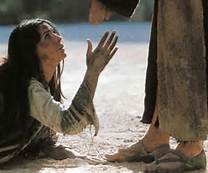 Today we jumped into the story of Samson’s wife, another unnamed woman in the Book of Judges—a book overflowing with unusual, unthinkable stories about women.

Israel does wicked things in the sight of God.

God responds by allowing the Philistines—the enemies of Israel, and the worshippers of false gods, to rule over Israel, the apple of God’s eye, for forty years.

Samson is born to an Israelite man named Manoah and his previously barren wife.

An angel of the Lord declares Samson will be a Nazirite—dedicated to God from the womb until the day of his death. God, who hears Israel’s cry for help, would use Samson particularly to deliver the Israelites from their enemies, the Philistines.

Samson grows up, meets a Philistine woman, and decides he wants to marry her. His parents are outraged that he doesn’t choose an Israelite woman, because God had forbidden his people from marrying the Philistines (Joshua 23:12-13). Samson insists that the Philistine woman is the one for him, and his parents give in. They don’t realize God plans to use Samson’s poor choice for a wife as part of a plan to rescue the Israelites.

At the customary seven-day wedding feast, Samson challenges his Philistine guests to solve a riddle. Unable to decipher it on their own, the Philistine men threaten Samson’s Philistine wife with death by fire if she doesn’t get the answer for them. When they solve the riddle, Samson realizes he’s been tricked—that they must have gotten the answer from his wife. Angry and spitting bullets, Samson pays off his bet by killing 30 Philistine men in a nearby town, and giving their clothing to the bet-winners as payment for answering the riddle.

WHOSE WIFE IS SHE, ANYWAY?

Samson goes to be with his wife who is at her father’s house. His father-in-law, however, says he was so sure Samson would hate his wife after the brouhaha with the riddle that he gave Samson’s wife to the best man from the wedding for him to marry instead.

THE DEATH OF SAMSON’S WIFE

Samson is so angry that he retaliates by setting the Philistines fields on fire using 300 foxes with their tails tied together in pairs.

The Philistines find out Samson is responsible, and they respond by killing Samson’s wife and her father by burning them to death in their house.

How would you describe the life of Samson’s wife?

What can you learn about purpose, sovereignty, and obedience by observing the life of Samson’s wife?

Samson’s wife was mistreated by all the men in her life.

She paid a high price for obedience—for doing what she thought was right.

Samson’s wife was put into the picture to attract Samson, and to instigate the struggle that ultimately resulted in the subduing of the Philistines.

The here and now/incomplete picture versus the big picture view of God’s ultimate plan is particularly at work in this story.

Since God has a specific plan for you, he will redeem even the most heinous, unthinkable, offenses and difficulties in your life, and he will use them for his own glory and for your ultimate good.

We’d love to know your thoughts on this, too.  Look over the story of Samson and his wife, Judges 13-16, and join the conversation!

The Biggest Gift is Not Under the Tree