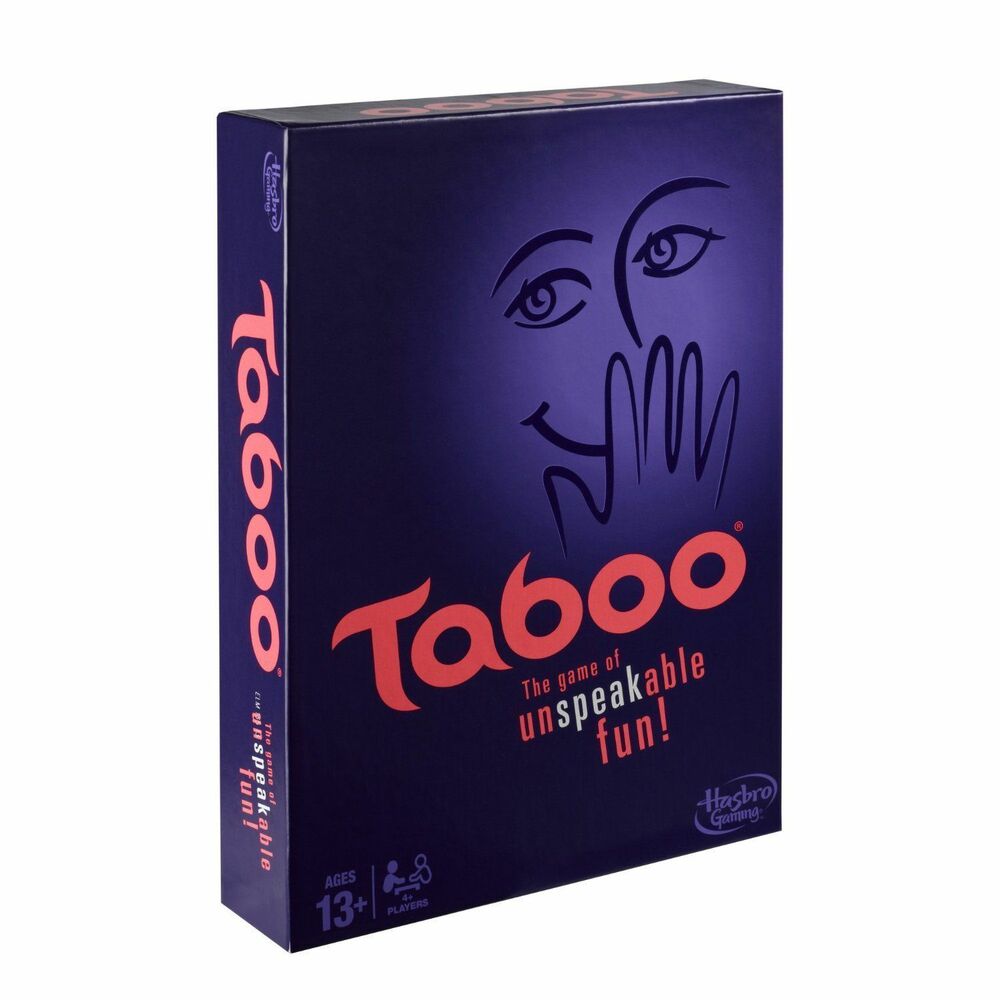 The geniuses at Hasbro had the right idea when they came up with a party game that had players shouting, laughing, interrupting each other, thinking with their arms and fists, and jumping to their feet.

They published the game, Taboo, the most engaging game I’ve ever played and one I’d highly recommend as a warm-up exercise for any writer or speaker who wants their God-given message embedded in the hearts and on the tongue tips of all who encounter it.

In the game, a player chooses a card with a word or phrase at the top, like  chef and several “taboo” words underneath that top word, such as “hat, food, restaurant, cook, and make.”*  The object of the game is for the player to get her team to say chef without the player using the word chef, the taboo words, or any forms of those words, including those that rhyme.

So instead of resorting to the expected, stale description of “chef” which would be something like, “The guy who cooks your food at a restaurant,” the player is forced to use something unexpected and fresh like, “The artist who creates your braised veal ribs with caramelized shallots.”

Both the player who comes up with the unique word picture and the one who deciphers it and shouts, “Chef!” before anyone else experience a certain satisfaction, having been carried away to an infinitely more fun and interesting place than the “guy who cooks . . . ” scenario might have led.

When you write or prepare to speak, consider your topic and quickly jot down everything that first comes to mind in relation to it. Thirty seconds later when you examine your list, you’ll probably have a grouping of the most predictable, yawn-inducing, circa 1990 approaches to your topic, clichés and all.

Next, eliminate everything on that list and anything that may subsequently occur to you that rhymes with Adam & Eve, or that encourages one to compare trusting God to sitting in a chair. Offensive and antiquated don’t go far enough to describe those approaches in this century.

You can use this same process as a test for material you’ve already written or presented; just go back and tweak before using it again.

Determine to use another approach to your topic that won’t have your audience rolling their eyes, guessing your next sentence as they read, or lip-syncing your talk because they’ve heard it all before.

How can you do that?

Well, let’s say you were writing about your Savior. Now imagine the name “Jesus” at the top of your Taboo game card. And imagine that the unmentionable taboo words included God, son, Messiah, cross, blood, Bible, Joseph, Mary, died, sin, and every other word or term that a textbook explanation of Jesus might include.

What better chance is there for you, whose ministry it is to make His name known to your audience–the players, than to make them shout, “Jesus!” when you say, “The silencer of my critics,” “the giver of fourth trimesters,” “the champion of second chances,” or “the voice of the mute”?

Cause them to see your Jesus with 3-D glasses and from the inside out.

And leave the Taboo words where they belong–on a card in a game box.

What Finding Nemo, The Lion King, and Your Life Have in Common