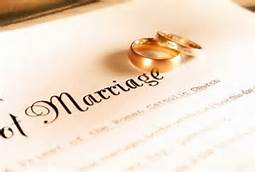 Just recently on a clip from The Taste, a reality show based on a cooking competition, I heard Chef/Author Anthony Bourdain say that a dish served to him tasted like it had been prepared by someone who had never had sex.

I applauded him for what he said.

To sample food prepared by someone who has never gone beyond salt and pepper–who has never explored how the co-mingling of sweet and savory or how the overlapping of textures can light up a diner’s palate would be a culinary bore at best.

And the reason for such lackluster, unmemorable presentations at the dinner table is that the so-called chef has never in any other area of her life, experienced the incredulity of being taken to a higher level, of seeing good transformed into better or best,  or of hearing music when there are no instruments in the room.

Unaware of the existence of another reality, she settles for the guarded, mundane safety of the virginal approach, believing it is sufficient–especially if she labels it with a fancy, French name. And meanwhile, she cheats her diners out of the curried, smoked, succulent wonder they might have enjoyed, in lieu of food rivaled only by the next meal served to them by a culinary virgin.

So, for the culinary virgin, sex may be the answer.

For the would-be spouse, however, it most certainly is not.

That’s because marriage is not about sex; it’s about relationship. And if you enter marriage as a relationship virgin, you are in big trouble. If you wait until your wedding night to experience being fully exposed and fully accepted, you’ll need I.V. Dramamine to settle you in after the rocky boat ride you’ll probably have.

Long before you say, “I do,” know what it is to wrestle all night with God, to be burned, yet not consumed, to be disappointed and alright at the same time, to experience forgiveness you know you don’t deserve, to see something truly come from absolutely nothing, to witness mountains moved and tossed into the sea, to see God far exceed anything you know how to hope for, to live in the reckless abandon of true faith, or to party with God and dance the dance of the reconciled.

The relationship virgin knows nothing of this, and is no more ready to be married than the culinary virgin is ready to be a contestant on The Taste. She will be a marital bore, and never go beyond the depth of a Lifetime movie.

Let’s leave that relationship virginity at the door where marriage is concerned, and let what you’ve experienced with God transform your vision of all things spicy and hot!

Life as a Missionary with Sherry Boykin

Burning the Pilato: What a Peruvian tradition teaches about facing your obstacles, part 2