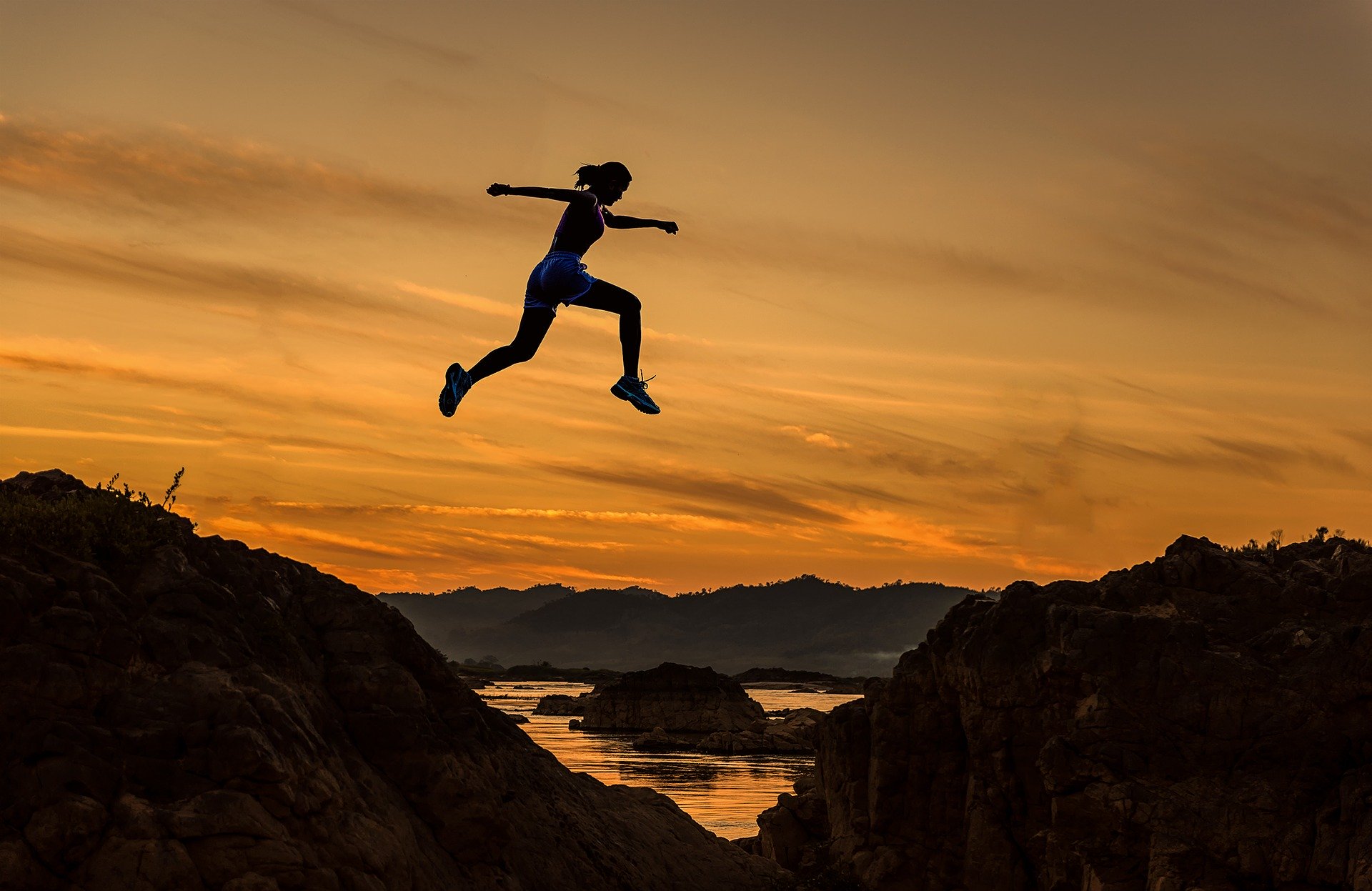 Ten years ago this month I stood on the kitchen chairs, sang, and did “The Chicken Dance” after seeing double lines darken on my Dollar Tree-brand pregnancy test. Two years earlier I had experienced the same heart-stopping glee when I found I was expecting Kaki, then sixteen months old. She joined the celebration as my husband and I talked to a nurse on call about setting up an OB-GYN appointment.

I squealed that kind of squeal that makes you rub your hands together and stamp your feet. I plugged in all the numbers and came up with November 25th as my due date. I pictured my “muffin cups,” as I knew I’d call them, in future Christmas card photos embracing each other in their matching holiday dresses. I called everyone we knew.

That One Big Thing

A routine trip to the restroom culminated in an enormous “Gush!” and a scene reminiscent of what I had seen in the labor and delivery room when Kaki was born.

“No!” I screamed, hoping to seal my womb by the sheer will of my heart. 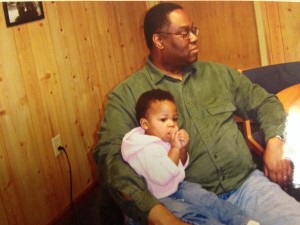 My obstetrician advised me to walk around, but to avoid exerting myself that weekend. We took Kaki to a board game blitz with other dorm parent families that afternoon and she sat quietly cuddled up to B the entire time.

I was afraid to move, to speak, to cough.

The eerie silence of the dorm that night was somewhat comforting. Our guys were away on Spring Break and I needed a minute to privately process what I knew would be the final explanation of what I physically experienced.

I hardly wanted to say it because saying it would somehow make it true. To miscarry on the same day I found out I was pregnant seemed unbearable.

Is This a Mistake?

What had I done wrong? Did my helpless little baby just slip past the hands of God?

I pictured the pressed-together fingers of two large hands cradling a seedling and protecting it.

Why hadn’t God done that for me–for my baby?

The physical emptying of my body since the “Gush!” made me feel weak, helpless, alone, and lonely.

A knock at the door snatched me out of my daze. A police officer stood in the disappearing twilight next to Kenny, one of our dorm sons. He said Kenny had been in a car accident on the Interstate, and although he wasn’t injured, he would definitely need a place to stay over the weekend until his parents could pick him up.

We took care of Kenny that evening and the next day or so. I didn’t say anything about the miscarriage because I just couldn’t talk about it yet. And besides, what could an inexperienced, teen-aged, freshman, male college student do to help me?

Before his parents took him home, Kenny walked over to the campus bookstore, picked up what he later said was “the first card he grabbed off the rack,” wrote a thank-you-for-being-my-dorm-parents-note inside it, and gave it to me. 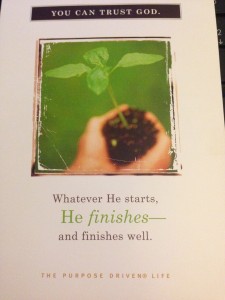 My mouth dropped open wide enough to catch a softball hours later when I finally looked at the card. There on the front cover of the card was the very image that danced around in my head since the “Gush”: the pressed-together fingers of two large hands cradling a seedling and protecting it! Above the image was a banner that read, “You can trust God” and below it a reference to Philippians 1:6 which said, “Whatever He starts, He finishes–and finishes well.” And if that were not enough, the printed interior spoke to my need to know God empathized with me and would walk me through the heartache.

Who else but God would guide Kenny’s hand to pick up the very card that would be most meaningful to me? And although Kenny’s personal note inside the card was precious to me, his willingness to take the opportunity to say thank you was even more precious. It started the process of getting a message to me I desperately needed to hear.

I almost didn’t read Kenny’s card because I was too wrapped up in my own grief and because I never imagined anything this inexperienced, teen-aged, freshman male college student had to say would make one iota of difference in my life–especially amid my emotional turmoil.

In 1 Samuel 25, the soon-to-be King David has to make a similar choice. When he is insulted by Nabal, he gathers his men and starts on his way to Nabal’s place to kill him and every other man there. But he meets Abigail on the way. Abigail has as much perceived ability to influence David as  Kenny had to influence me. Yet David hears her encouragement, considers his problem in a different light, and has a change of heart.

Who is that least likely person in your life? And how, then, do you get over that one big thing?

I Samuel 25:35 – “Then David accepted from her hand what she had brought him and said, “Go home in peace. I have heard your words and granted your request.”

Nelson Mandela, God and You

Backs in Search of Bones