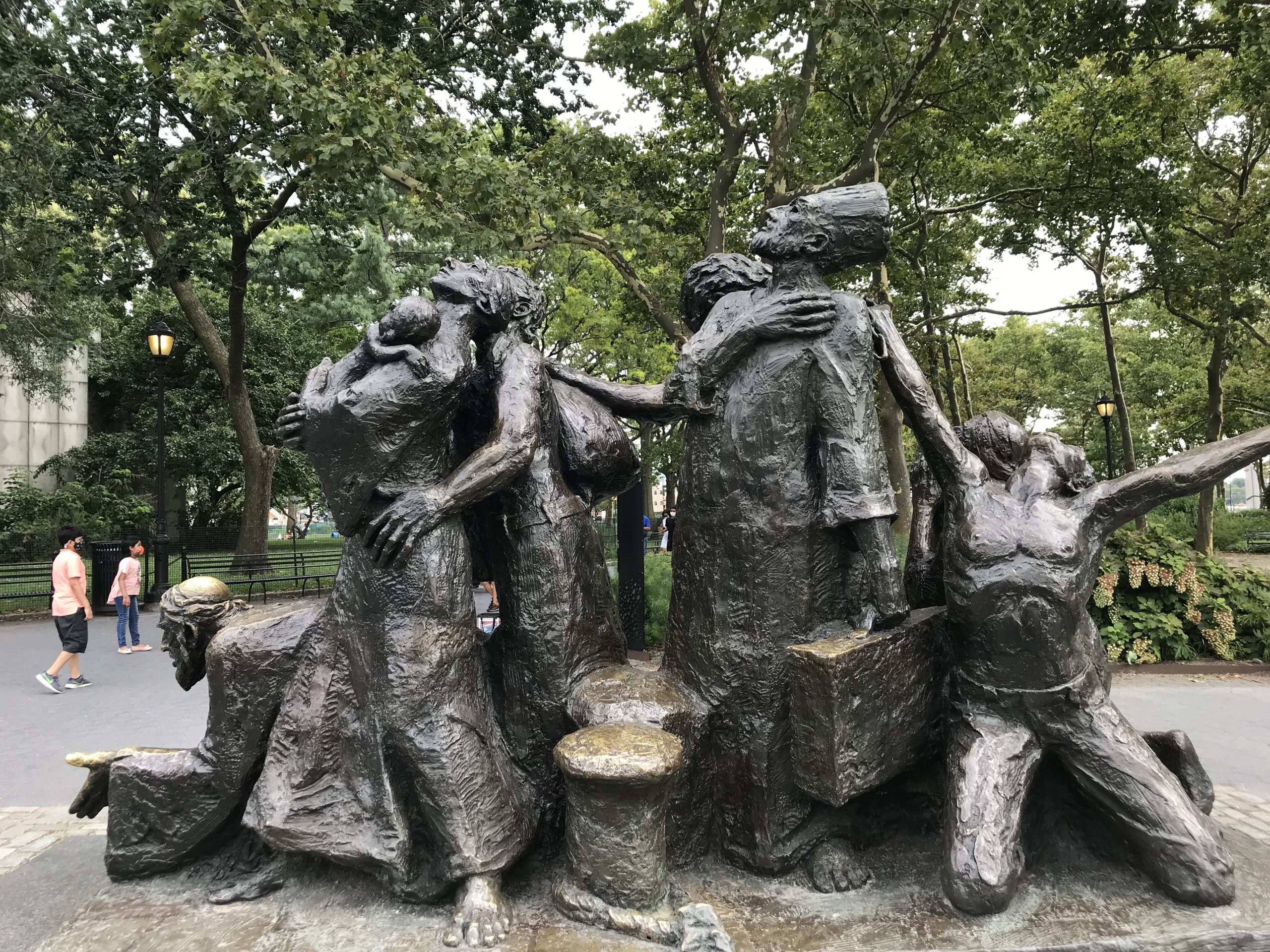 I stood still and stared at this sculpted masterpiece in New York City’s Battery Park this week. Something about it made me want to cry and something about it made me want to shout. And after about two minutes, I knew exactly why. Its creator, Luis Sanguino, used various depictions of reckless abandon to express hope in the hearts of new immigrants who beheld Lady Liberty in New York Harbor as they arrived at Ellis Island. Seeing them as they were–raw, with their prostrate bodies, outstretched arms, and bare feet, and with their gaze pointed upward, they reminded me of Sunday morning church in my growing up days in Brooklyn.

My grandmother was chief among a group of women who always got the Holy Ghost right around the time I would feel itchy from the stiff, crinoline slip sewn into my Laura-Ingalls-inspired dress and lost in a sermon about kings and kingdoms I did not know.

Soon, Grandma would add rocking back and forth on the pew to her chorus of praise. And eventually, she would be on her feet entirely engaged in mind, spirit, and body in a full-throttle shout-song and dance of thanksgiving that I am ashamed to say used to embarrass me.

If I had understood any of these dynamics, I would not have cared that Grandma’s usher’s dress was often pulled up revealing her slip and stocking-girdle hooks when the deacons and liturgical nurses carried her out fearing she would hurt herself or someone else. I would not have thought of it as “unseemly” that her knees were not always together (as mine always had to be) when she was at the crescendo of her shout-song and dance, and I would have been okay with all the attention she got.

Like the immigrants in the sculpture, Grandma was usually looking up with outstretched arms when she was in what I used to call her frenzy. I now understand that as her continuing to hope for and have confidence in what she could not yet see—the substance of real faith.

If only I had understood then, I would have joined her.

The Sneetches on the Beaches and the Snobs in the Pews